The Job To build a rear and side extension to a detached property.

The works involved partial demolition of a previous extension, and building over to create open plan living space to the rear of the house as well as additional en- suite bathrooms and larger bedrooms to the first floor.

After stripping out, the groundwork’s were undertaken using piles and ground beams, followed by beam and block floors. Brickwork was then erected and the roof constructed.

We had the windows custom made to match other hardwood windows existing and then installed.

The interior fit out consisted of a new kitchen, new en-suite bathrooms to two bedrooms, open plan family room with expansive view glazing in powder coated aluminium. These were all finished to the highest standard.

The electrical and mechanical services were installed alongside.

All internal doors were renewed with veneered walnut doors and frames.

Floors were renewed with a combination of engineered walnut and porcelain tiles.

The project was completed on time & budget. 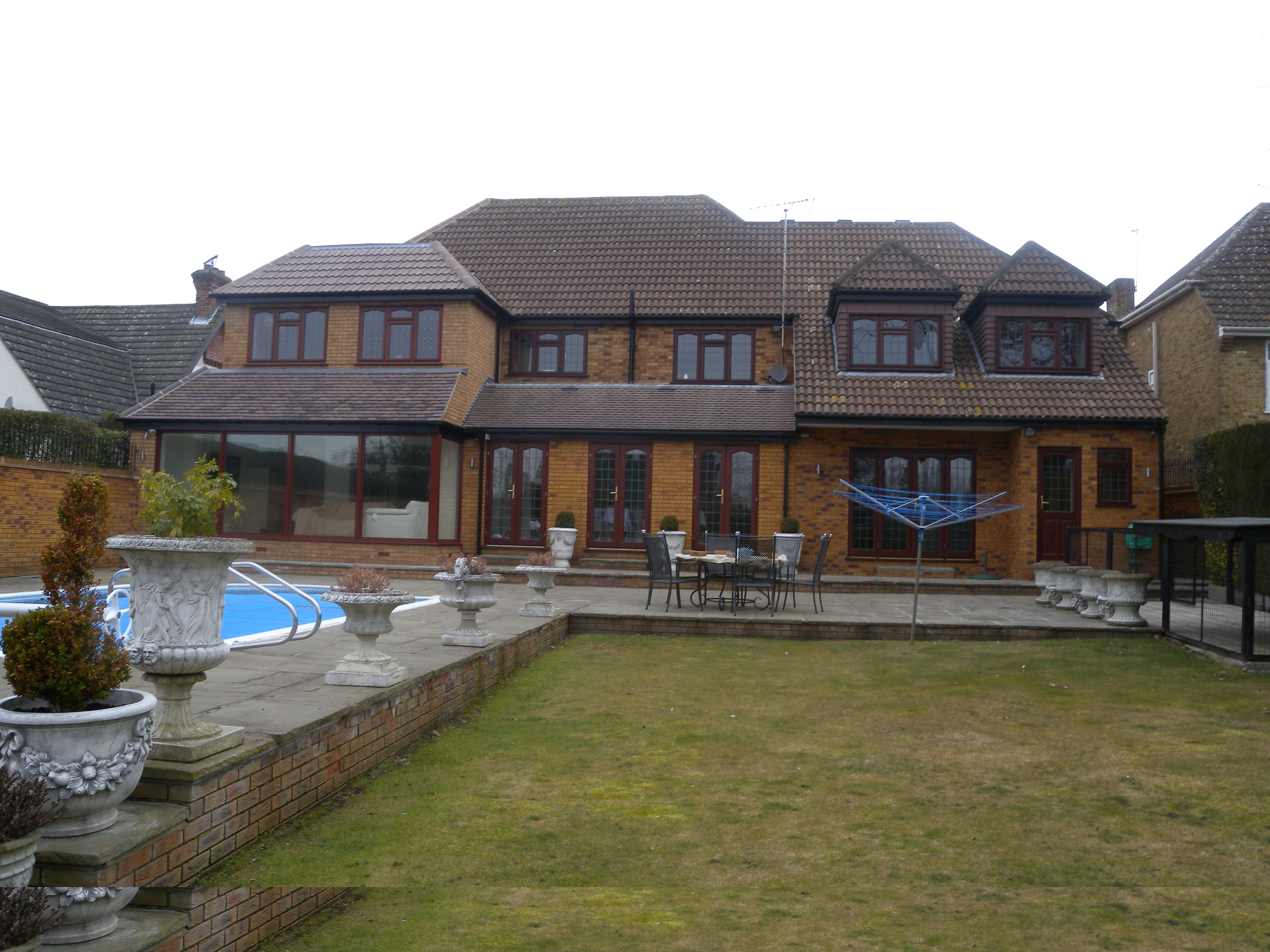 During the bank holiday weekend of the summer holiday period in 2014, Queen Elizabeth Girls School where we regularly carry out works suffered flooding in some of their buildings..

The flood occurred as debris had found its way from flat roof areas into the rainwater discharge system and had caused a physical blockage under the ground.  Because the pipes carrying this water were internal, this impacted on the outcome.

The result was that water discharged over the top of the roof gully and found its way through the building from second floor to ground floor level.

This caused significant damage to.

School was due to returning to school in two weeks and a large part was uninhabitable.

Adept BS was asked if we could assist in getting things sorted out.

Secondly we had to find and repair the blockage.  This was eventually narrowed down to a 4” horizontal pipe under the drama studio store.  The debris was so impacted it could not be moved by rodding or jetting.  The floor was excavated and the pipe cut through.  The debris consisting of everything from wood to lead strip and plastic was removed and the floor reinstated.

The next task was to remove all building fabrics that were damaged beyond repair.  This was mainly flooring and suspended ceilings.  The teaching area had an oak parquet floor which had lifted due to expansion and all had to be removed. A similar situation with the lobby floors which lifted significantly due to expansion.

By the time school returned for the autumn term, the corridors were returned to normal although further flooring had to wait until half term due to the floors not fully dried out.  The Drama studio and classroom were returned to full use a short while into the term with the teaching room having a new Dutch pattern oak floor as well as full redecoration.

All works were completed by the end of half term with Adept BS working closely with the school to carry out works in term time where possible to have minimum effect on the running of the school.

The project
To remove over 1000 square meters of vinyl floor tiles in science and technology areas of a girls school in Barnet. To then prepare the floors by applying latex self-levelling compounds and finishing with new anti-slip vinyl sheet flooring.

The problems
Both Science and Technology departments in schools have a lot of equipment and furniture. To carry out these works, this all had to be moved. In technology there are many fixed pieces of machinery and benches. Also wired ICT benching had to be removed in order to remove old flooring and lay new.

The old vinyl tiles have traces of asbestos bonded in the tiles. Whilst this is low grade the method of removing and of disposing of the waste has to be carefully considered and implemented.

It was a requirement that the works were carried out for completion at the end of the summer holiday period 2014.

Works commenced on 24/7/14 and were complete 22/8/14 two weeks ahead of programme.
There was still some completion works to do after the floor laying was complete. This was mainly rehanging and adjustments of doors.

The school now has re floored Science and technology departments. Over 1000m2 of flooring has been replaced with a safe and more attractive floor . The old tiles have been safely removed and consignment notes issued, to ensure the waste has been correctly disposed of, in line with HSE rules 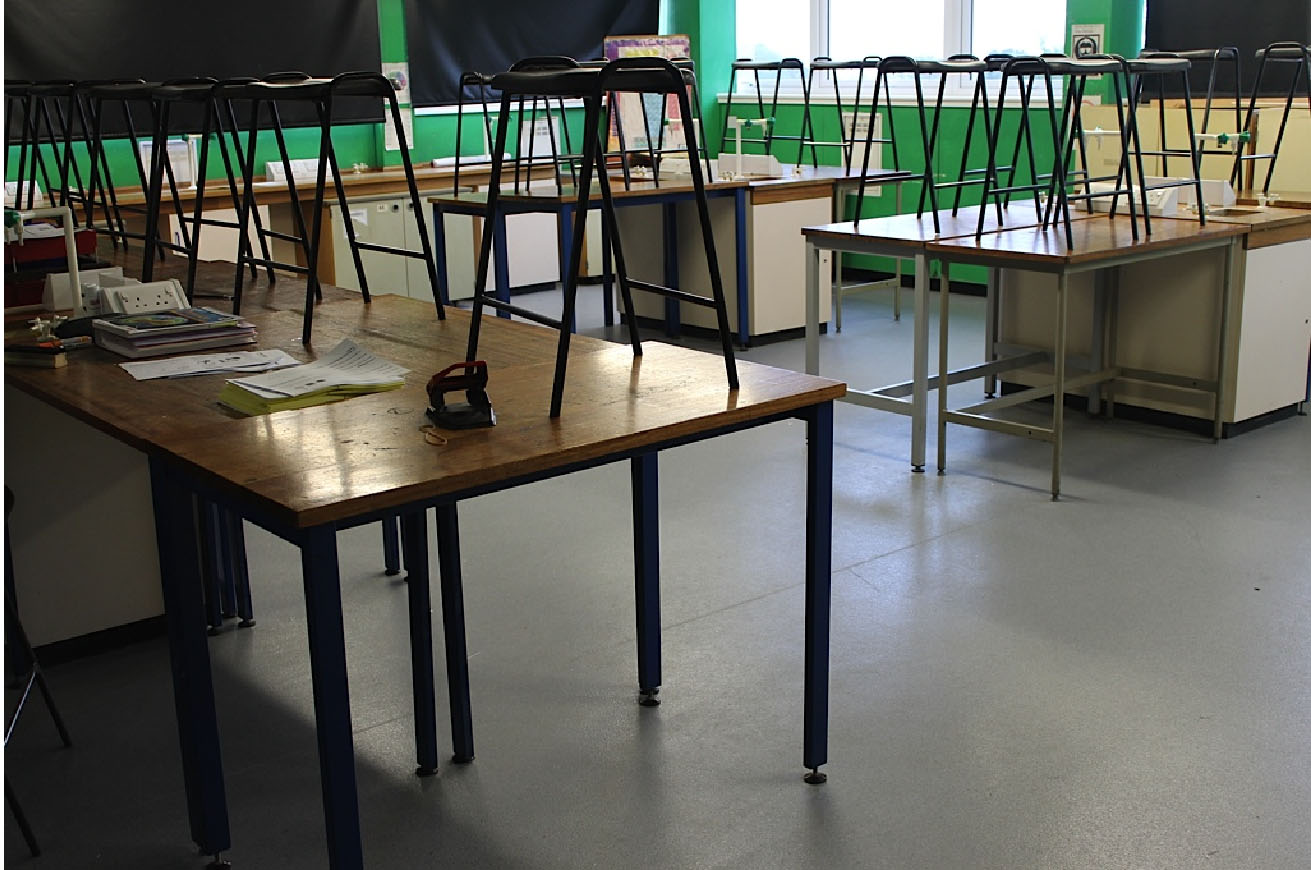 The Ravenscroft School in Barnet, North London, was shortly to become The Totteridge Academy but staff were concerned about some of the buildings. A lot of heat was being lost through the walls in its library and science blocks. Adept was called in to assess the state of the walls and recommend what action was needed.

In the first phase work on the library block would be completed during the summer holidays before the school reopened as an academy. A full scaffold was erected to allow removal of the old cladding system one section at a time.

As each section was carefully removed the new aluminium curtain walling was installed. This was designed take into consideration the need for insulation and ventilation. Infill panels were made from high factor insulation with powder-coated panels externally.

Safety glass was used for the curtain walling throughout and built-in trickle vents were incorporated.

As Adept were well ahead of schedule at the halfway stage it was decided to start work on the science block which had been planned for the following year. This went ahead and the whole project was complete before the end of the summer holidays.

As a result of the newly installed curtain walling system The Totteridge Academy now benefits from rooms that are warmer in the winter and cooler in the summer and glazing is compliant with safety requirements. It has a refreshed image and pupils can enjoy a much more comfortable learning environment. 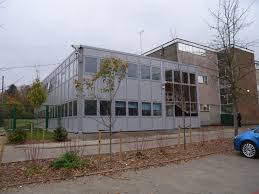 Daily Fish scales up with Adept

Daily Fish Supplies is a high-quality fish supplier based in central London and serving a range of clients including top hotels and restaurants.

Because of expanding orders Daily Fish needed more office space and bigger production and cold-store areas which was to be achieved using mezzanine floors and wall partitioning. The company already occupied four adjacent industrial units which had been fitted out by Adept and the opportunity arose to obtain a fifth in the row.

Adept Building Services were commissioned with a cold-store builder to deliver the complete turnkey package of the additional facility linking with the existing units.

The project began with stripping out the 250-square metre unit which had been used as a distribution trade counter for heating and plumbing goods.

A mezzanine floor was then installed and all aspects of the project completed including partitioning, fireproofing between levels, ceilings, resin floors, steel security doors and shutters, decoration and installation of kitchen and wash room facilities.

The new facility with its newly fitted mezzanine floor and wall partitioning that has enabled Daily Fish to take full advantage of expanding demand through the provision of extra production and cold-store areas designed and built to the highest standards and totally in line with requirements. The staff who work at the company now enjoy a modern and comfortable office environment. 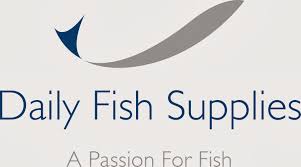 The problem for Queen Elizabeth’s Girls School in was that its main entrance was in the wrong place. Built on an inclined site in Barnet, north London, the entrance was in the middle of the building. This meant visitors had to walk through part of the school before they could sign in, which was inconvenient for all involved and also created constant concerns over security.

The solution was to build an extension onto a redundant classroom in a block at the main pedestrian entrance of the school, convert the classroom into a new school office and use  the extension as a signing-in area and waiting room. This would also allow staff to have  wide field of vision of people entering the site.

A brick built extension was constructed during the summer holidays and the classroom converted into an office including electrical installation and new ceiling , flooring and kitchenette area.  The link betweeen the new signing-in area and office was made by removing a non-structural crittal glazing system. The work was carried out over eight weeks, in good time for the start of the new autumn term.

Visitors now sign in at the new area and are the escorted if necessary to wherever they need to be, improved security and the working environment. Staff have a new office , tailor-made for their requirements.

Chris Stevens is an independent decorator Merchants with a ceramic tiling and bathroom supply arm.

This facility was to accommodate the bathroom and tiling division for both displays/ showroom and for holding extensive stock.

A price was agreed as a lump sum and works commenced.

The total build length was 10 months including demolition of the old warehouse, groundwork’s with piled foundations and polished concrete floor, steel superstructure with part bricked elevations and cladding to upper storey.  There was also a structural mid floor formed from steel supports with pre cast concrete planks and structural screed topping. Structural concrete staircases were installed as was a goods lift.

After the construction phase Adept carried out internal fitting out including suspended ceilings, dry lining and carpentry.

The last phases of works were the external package including drainage, roadways, perimeter fencing and external retaining walls.

The external works were carried out in 10 weeks and the business is now operating successfully.